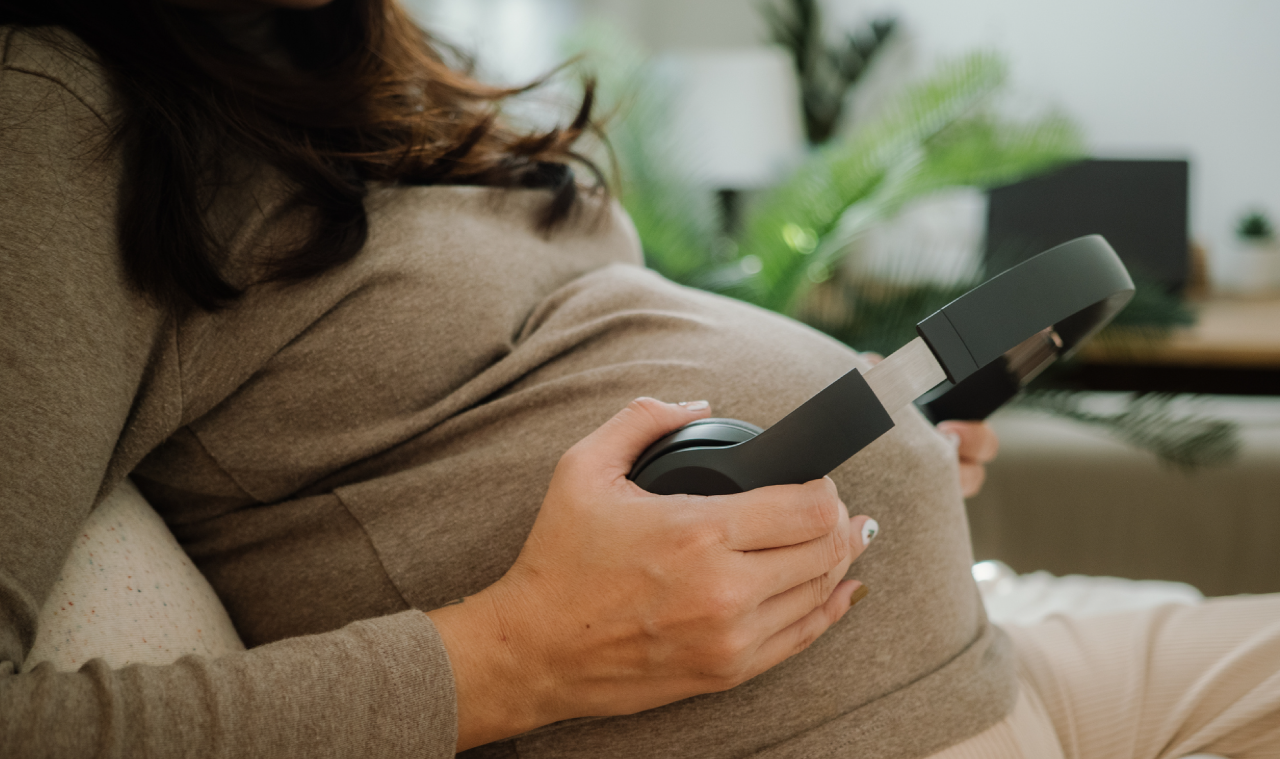 The so-called “Mozart effect” first entered the public conscience in the early 90s. The theory states that listening to classical music while pregnant, will make your baby smarter. We talk a lot about how babies become smarter on My New Life, so host Jessica Rolph figured she better dig into this theory. Here to give us a straight answer is Dr. Thomas Dardarian. He is an OB-GYN at Axia Women’s Health and past president of the American College of Osteopathic Obstetricians and Gynecologists.

[1:45] Does playing Mozart while pregnant make our babies smarter?

[2:47] What can we extrapolate from evidence of new neurons generated in chicks and rats exposed to music in utero?

[4:33] What about other sounds? When does a baby start to hear sounds outside the belly?

[5:24] Does does talking and singing to the baby in the womb make a difference?

[7:06] Where does Dr. Dardarian come down on regularly reading to a baby in utero?

[8:36] What about repetitive prenatal reading of a single story? Can that have an impact?

[9:52] Is there danger in exposing your unborn child to loud of music or other loud sounds?

Mentioned in this episode:

Brought to you by Lovevery.com

Receive weekly emails about your child’s development, and stay in the know about new play essentials, promos, and more by signing up at Lovevery.com

Does classical music while pregnant make your baby smarter?

Jessica: So I would love to jump right into it. Can you give it to us straight? We’ve seen images of moms with the headphone strapped to their bellies, does playing Mozart while pregnant make our babies smarter?

Dr. Dardarian: Honestly, the short answer is we don’t know. The data is really inconclusive. There were some early studies that looked at college-age students, there were some studies that looked at kids who were in elementary school, and even some studies looking at rats exposed to classical music, or even chick eggs exposed to classical music and how they did in spatial relations after they were born and making their way through mazes. So long and short, we don’t think so. But again, you don’t have a great randomized trial that’s going to say yes or no to that answer.

Jessica: Can we dig into a little bit more of this chicks and rats and their exposure to music before birth, because that’s the only study that we have that is related to music before birth in utero. They talked about how it generated new neurons in the brain’s memory-focused hippocampus. Is that something that is real? Can you talk to me about what happened with those chicks and rats, if we wanted to make the leap to humans?

Dr. Dardarian: What we look at is really the action of stress, cortisol, epinephrine, and norepinephrine and thats effect on the brain itself. And the idea being that during evolutionary development, if you can decrease your cortisol response, suppress the epinephrine and norepinephrine, that may lead to better neuronal development… Again, and particularly what you were speaking about at the level of the hippocampus, which then in turn may lead to better outcomes.

Benefits of music during pregnancy

But more so, the benefit is, I believe, and I believe the study bears out on this, is the music calming and soothing to the carrier, and will that allow the carrier to have a better pregnancy course? So if you’ve had just a really difficult day at work and you’re coming home and you’re in that third trimester and its, who knows, 100 degrees outside and you come home and you’re like, “I just want to put my feet out, drink some more, and listen to music.” I think it’s whatever music you like, that is going to soothe you is where the baby is going to get the benefit.

When can babies hear sounds in utero?

Jessica: OK, if relaxing, listening to music can be beneficial to both mother and baby by virtue of reducing the mother’s stress levels. A less stressed mother has neural benefits for the baby. But there is no study that suggests direct benefits for the baby of listening to Mozart or any other music. What about other sounds? When does a baby start to hear sounds outside the belly?

Dr. Dardarian: As early as 18 weeks, babies will begin to hear the internal maternal sounds. Heart beat, breathing sounds, things of that nature, internal. At 27-29 weeks, so in the beginning of the third trimester, is really when babies can start to hear sounds from outside the environment. So that’s what when talk about when can babies, “hear,” if we were listening to Mozart or any other type of music or reading to our babies or things like that? It’s going to happen at that early third trimester time period.

Dr. Dardarian: We definitely know that babies do respond to external stimuli. In fact, there’s a test that we do that looks at maternal well-being, and it’s called the Nonstress Test. And so what we do know is that when we do this test and the baby is exposed to external stimuli, whether they be vibratory noises or again, mom speaking to the baby or music, we will see the babies start to move and then we will then see the changes on the electronic fetal monitor. Just like everything else, we all… There are patterns that are developed and not only in movement, but I truly believe that there are patterns that are developed in the baby’s brain, where it will recognize certain sounds, and those sounds will then be recognizable again after birth.

Importance of interactions while pregnant

Jessica: And so if you were to be a pregnant mom right now, [chuckle] or if you were to… Your partner was pregnant, would you regularly sing and read to your baby when your baby is in utero?

Dr. Dardarian: Well, I’m not going to regularly sing because I have a terrible voice. But I think it is important… Yes, I think interaction during pregnancy is extremely important, on a couple of fronts. Number one, I joke about my voice, but honestly, it’s the engagement. So if my partner, my significant other, is pregnant and I’m engaged in that pregnancy, and I say like, “Oh, you know what? I’m going to read a book to the baby tonight.” That shows that I am a partner through this journey, and I think that has some very positive outcomes. I think maternal bonding, or I should say just in general bonding is very important as well. So reading to the baby that you’re carrying as well, very, very important. And then again, just going through the journey together is going to provide some comfort, knowing that you’re not doing this alone, knowing that you’re excited, leading to decreased cortisol levels, decreased stress levels and just really allowing for a happy, healthy environment for the baby to grow in.

Jessica: Okay, so now I’m going to get a little bit more nerdy, though I get it on the softer side, to get in the attachment and these are the general benefits. What about repetitive prenatal reading of a single story? Let’s say you just read Good Night Moon every night to this baby in utero for weeks. I feel like I heard that there was some study that said that newborns then recognized and had a preference for that story. Is that something that you know about and then is there anything positive about that? Is that good to recognize and have a preference for that story?

Dr. Dardarian: So I think that’s a great question, and to be honest with you, I did not read that study, I’ve not seen that study. And so I don’t know that in particular that it’s Good Night Moon or one particular story. Again, I just think that there’s so many confounding variables that I just think that’s just the action itself of engaging, hearing voices, hearing inflections, hearing tones really is what we’re looking for.

Jessica: And that makes sense, because when we think about how babies understand language. It’s fascinating to think that their language learning in the sense that they can hear the rhythms and recognized voice and tone can begin before they’re even born. It’s a really fascinating concept.

Can sounds be too loud for a baby in the womb?

I know sometimes we worry about going to a loud concert or actually damaging a baby’s ears while they’re in utero. I’ve read that you’re not supposed to have too loud of music or other sounds, is that real?

Dr. Dardarian: It is not. There is no data that shows that. I think at one point, there was also some… There were some studies that if you did too many ultrasounds that the noise waves from the ultrasound, because it sound waves that they go in to take the picture and come back. And that’s how the image is made from the sound waves, that that would lead to hearing loss, and deafness in babies, and that has never been borne out. What I do tell my patients when it does come to going to concerts and things like that is that you have to remember that your abdomen is unprotected at that point. So, if you’re going to be somewhere where perhaps someone might be imbibing and you’re at risk of getting bumped into, certainly, I would not recommend going into “The non-seated area” or “The general admission area” where people are going to be dancing around, someone could fall over and hit into your belly. But I don’t have a problem if somebody is in their third trimester, and they’d like to go to a concert and sit in your seats, relax, enjoy the music and have a great time, and I think that’s… And again, I think that’s beneficial for the pregnancy.

Jessica: That is so helpful. I always felt worried about too loud of a music for the baby to be… So, I love hearing that, that we don’t have to worry about that as much.

So appreciate hearing from Dr. Thomas Dardarian. Here are my takeaways from our conversation:

Learn more about ways to stimulate your baby’s brain at the Lovevery blog, Here with you. 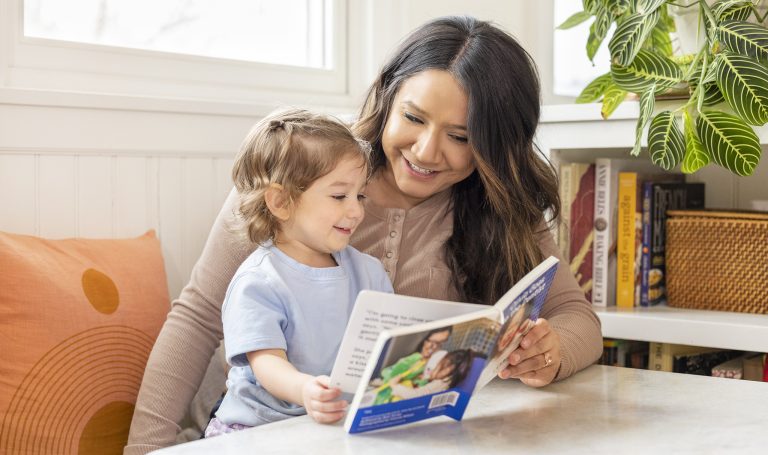 Lovevery is thrilled to announce its new Book Bundles for Play Kits subscribers. We’re excited for you and your child to discover your new favorite books together. 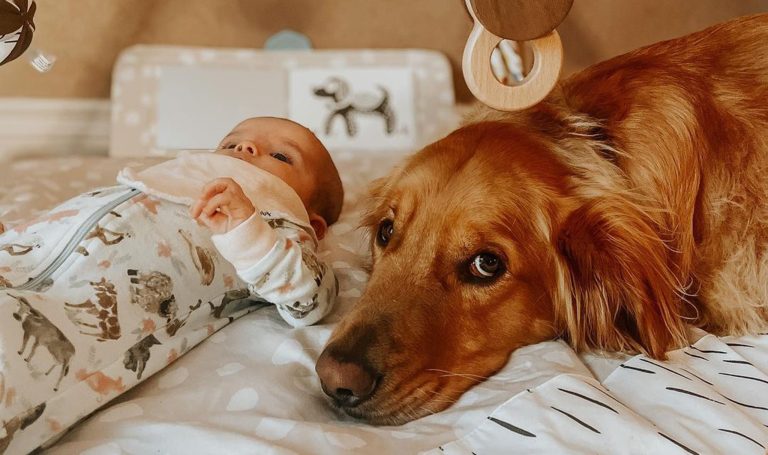 Benefits of having a family pet

Studies suggest that a child’s relationship with a pet can have health and emotional benefits. Read how pets may build skills and attachment. 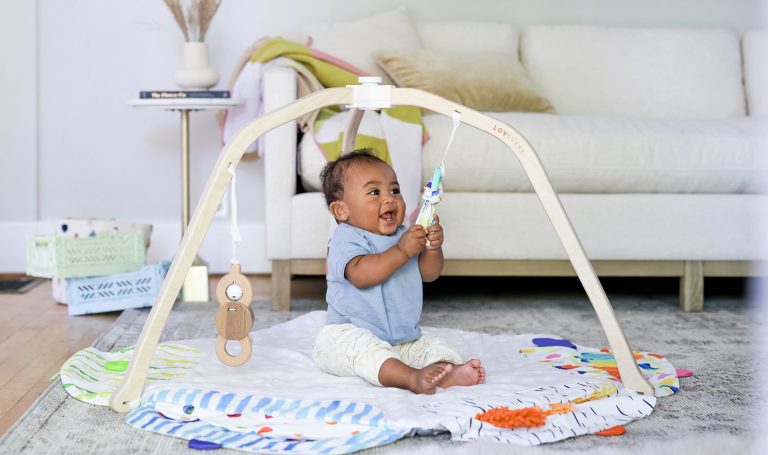 When it comes to your child’s development and the health of the planet, materials matter. Learn more about how and why we choose certain materials for our play products.