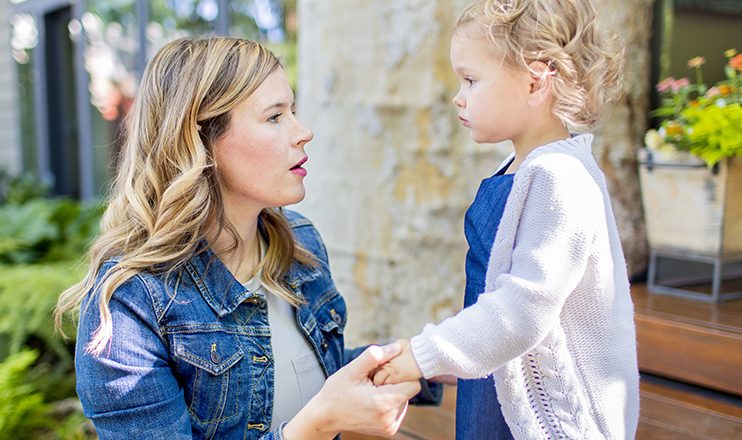 When you say to your toddler, “careful—don’t spill that!” you may actually be putting the thought into their mind that they can spill their drink. It’s likely that all they heard was “spill that.”

WHY SAYING “NO” LESS FREQUENTLY MATTERS:

Saying the word “no”—along with related terms like “don’t” and “shouldn’t”—is a reflex we all default to, but you can limit the use of those words and still set healthy boundaries for your toddler. The goal of saying “no” less frequently is actually to redirect your toddler away from what you don’t want them to do and toward what you do want them to do.

HERE’S HOW TO SAY NO TO YOUR TODDLER LESS FREQUENTLY:

Speaking in positive terms allows your toddler to problem-solve and develop critical thinking skills. Instead of hearing what they can’t do, they’re able to focus on all of the possibilities of what they can do.

Instead of saying “careful—don’t spill that!” you might say something like this: “thank you for using two hands to keep the milk in your cup.”

Describe what you want

Research shows that adults only listen to parts of sentences, and this is even more true for toddlers. Describing for your child the behavior you do want to see avoids suggesting or reinforcing what you don’t want them to do. As much as you can, show your toddler what you want them to do instead: “here’s how to give gentle touches” (instead of pulling the dog’s tail) or “here’s how to stack the blocks” (instead of throwing them).

The word “no,” if used too often, can make your toddler tune out—the word loses its meaning for them. In other words, they become immune to it.

Explaining why something isn’t okay with you helps your toddler learn over time to make better choices. For example: “Taking off our shoes as we enter the house helps keep the floors clean.”

Instead of saying “no, you can’t have that” when your toddler wants something in the store, try saying “I can tell you really want that toy. It looks really special, but we aren’t going to buy it today.”

Re-direct and talk about what you want them to do by saying “let’s see if we can find a better way to do that.”

Save “NO!” for emergencies

In an emergency, a passionate “NO!” can be just the right thing. Also consider trying words like “STOP!” or “STAY THERE!”

Note to parents: Changing language habits can be hard; this way of speaking takes practice. Be patient with yourself 💙 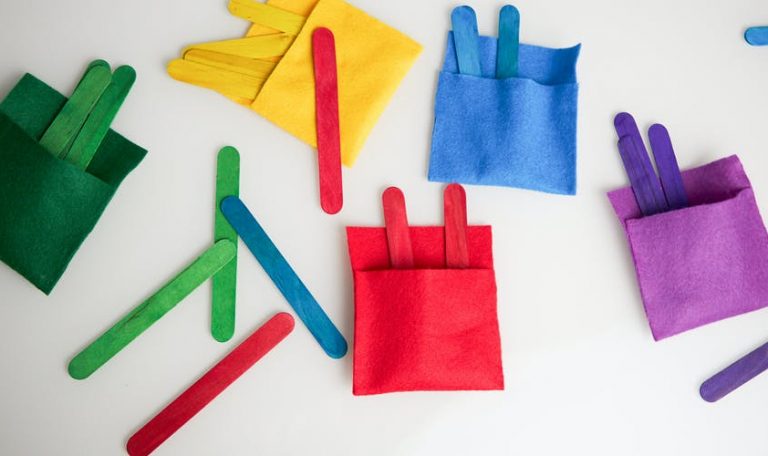 Sometimes all it takes to keep your toddler busy is a balloon. If you happen to have a balloon in your house, use these ideas to make the magic happen. 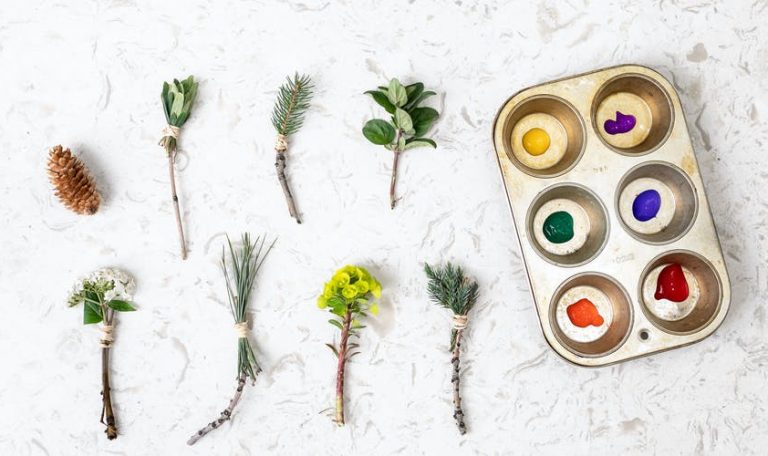 Bring home stick and leaf collections from your neighborhood walks and turn them into paint brushes with this DIY. 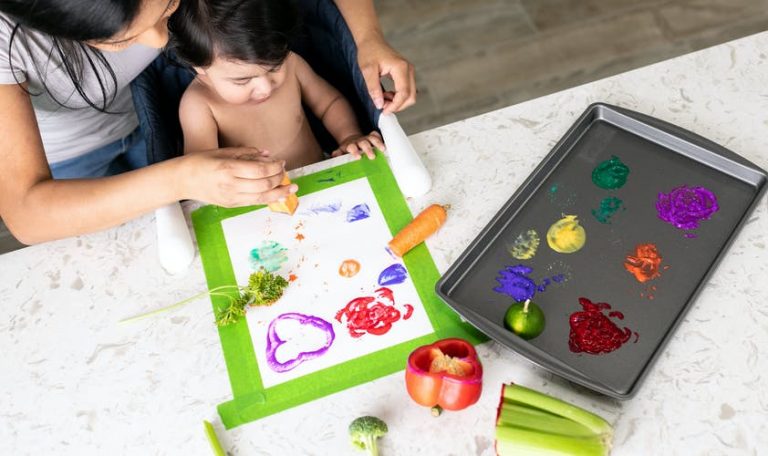 Vegetable Painting for Babies and Toddlers

Use this taste-safe paint recipe made of veggie scraps for a great new way to connect with your toddler through art. 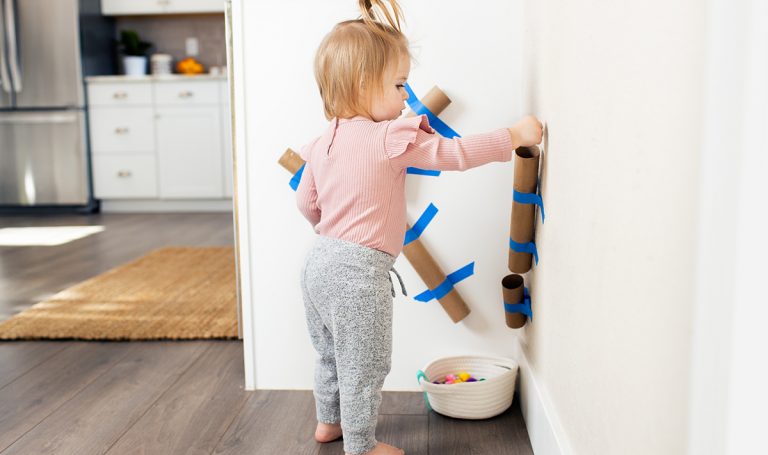 Dropping a pom pom into an opening requires a variety of skills from a child, from lining up their hand with the opening to knowing when and how to open their fingers to release. Try it with this activity. 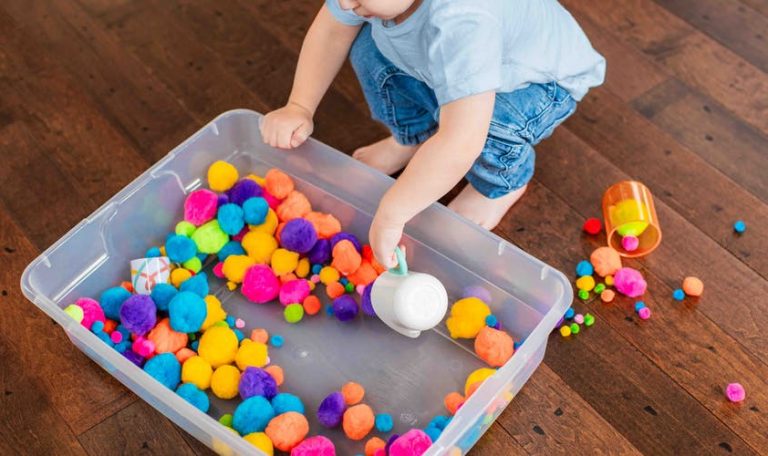 Sensory bins of all kinds allow young children to explore different materials with their hands. In this case, you'll use pom poms that can be squeezed, rolled, bunched, tossed, and poured with a pitcher. 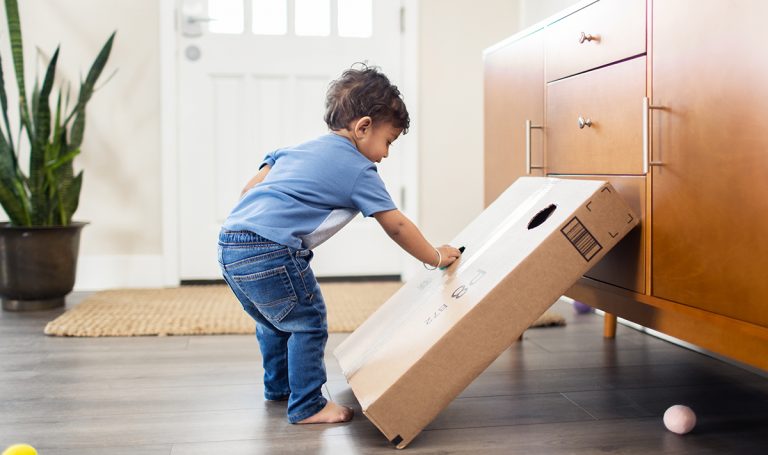 In this activity, which repurposes a cardboard box, your child’s evolving understanding of object permanence is combined with a fun DIY ball-rolling activity. 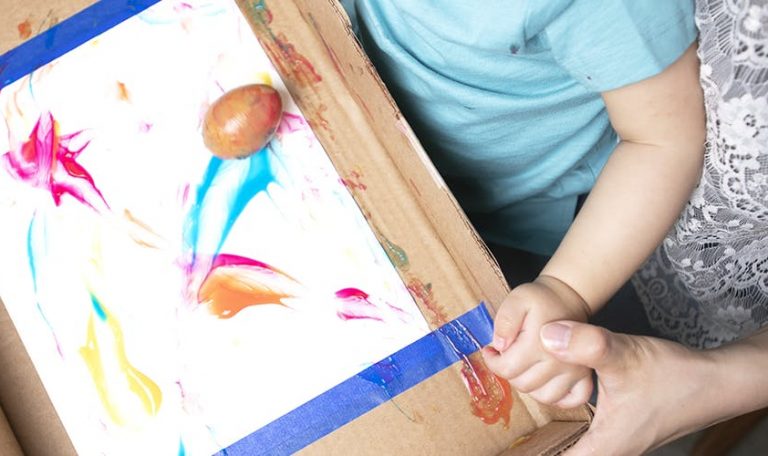 Painting with An Egg

Use eggs, balls, or marbles in place of a paint brush in this fun activity that's a fit for young children. 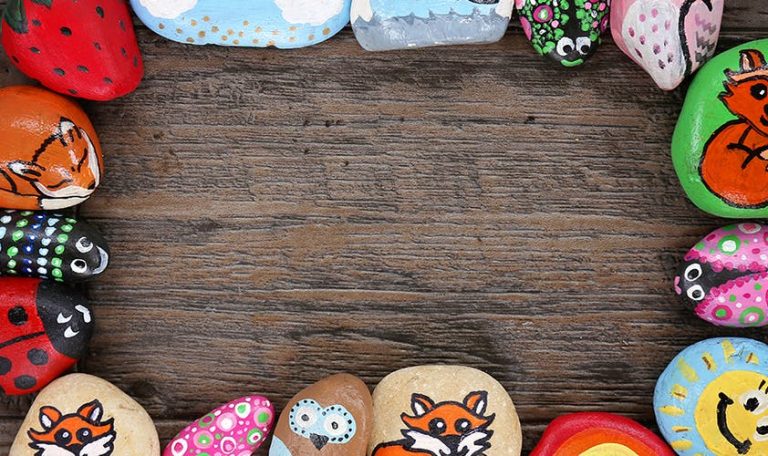 Short on eggs? Painted rocks are a great substitute for your annual Easter egg hunts. 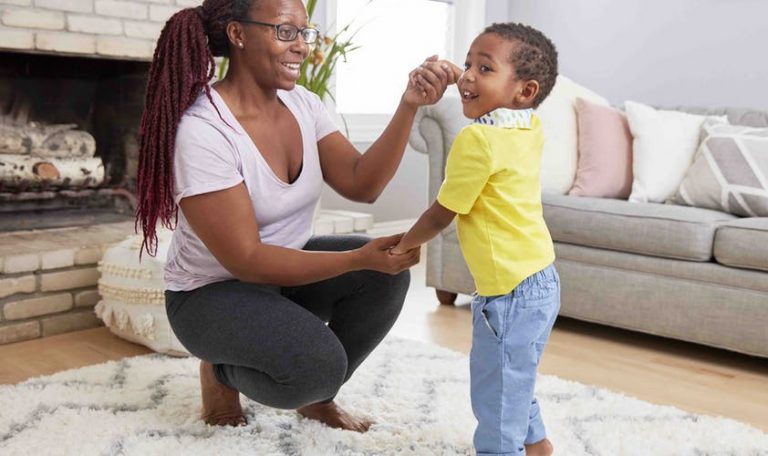 Sing along with Lovevery on Spotify

From developing neural pathways to encouraging language development, music is almost magical in its impact on your baby's brain development. Listen to Lovevery's playlists for everything from bedtime to dance parties. 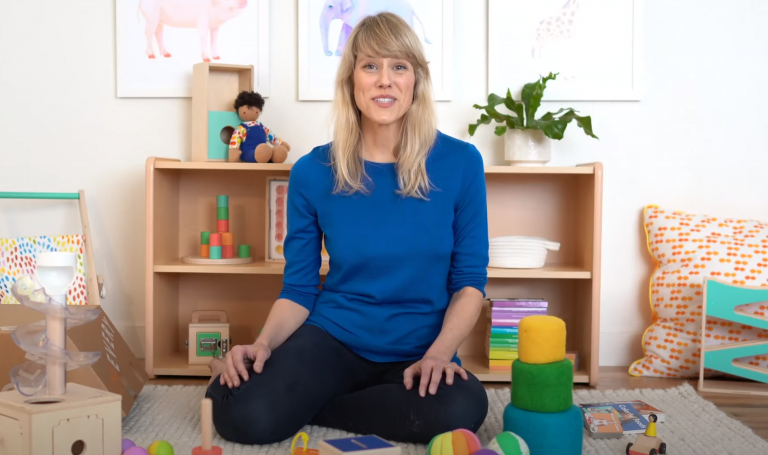 Welcome to The Babbler Play Kit for months 13-15 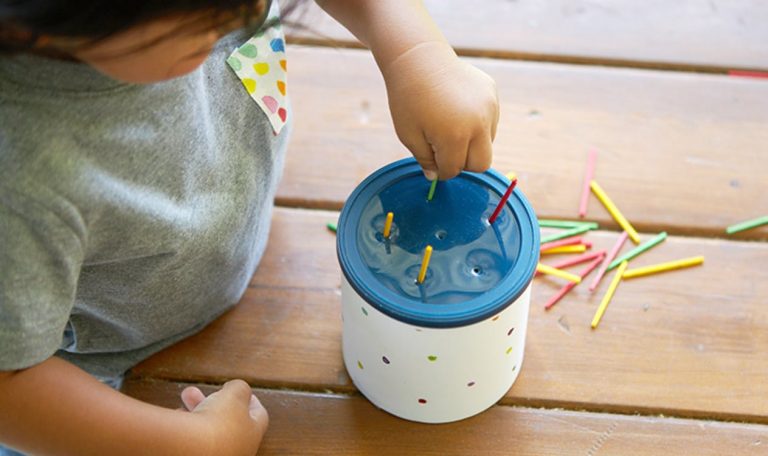 With a few simple supplies, you can create fun DIY activities to keep your toddler busy and engaged without a screen at home or away. 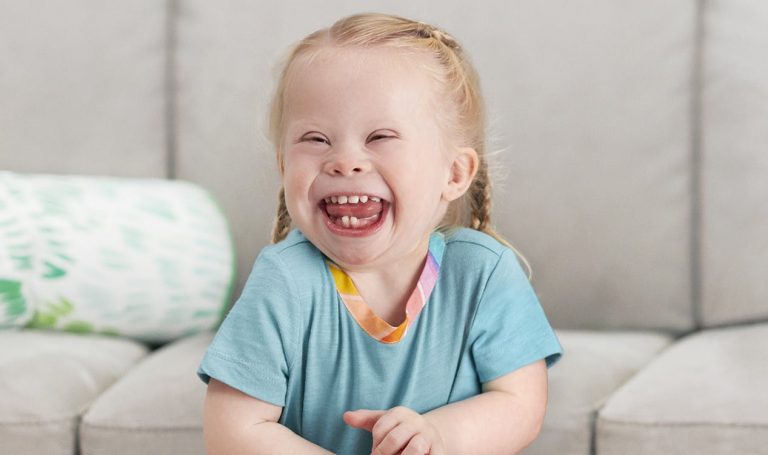 Month 13: Your toddler’s on top of the world when they make you laugh

A toddler's budding sense of humor is a sign of their cognitive, social, and emotional development. Learn five ways to help nurture your child's funny-bone. 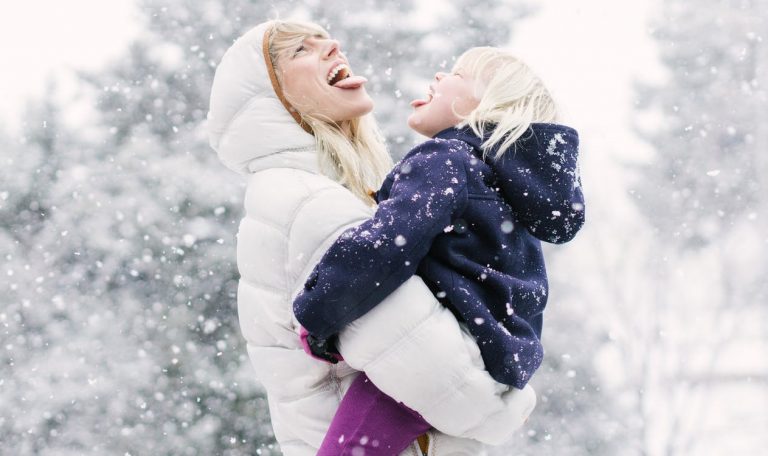 Research shows that children benefit from playing outside, regardless of the season. Learn how to keep playing outdoors even when the weather is cold or rainy. 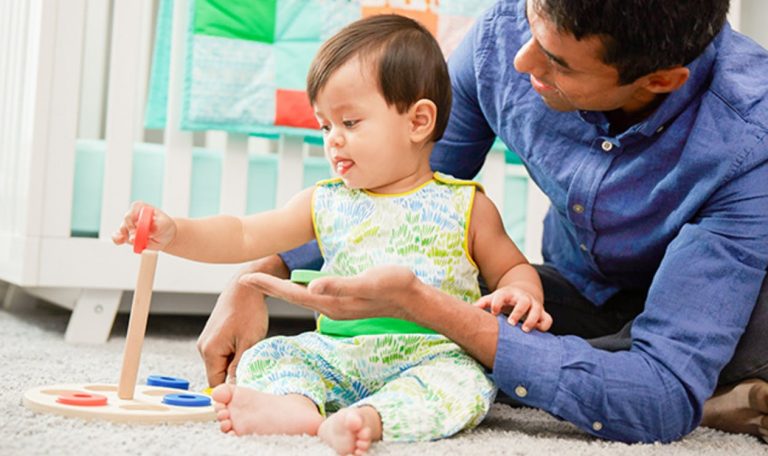 Month 13: Stacking, nesting, and matching—when do they happen?

Stacking, nesting, and matching are three foundational toddler skills. Learn when to expect your toddler to begin doing each. 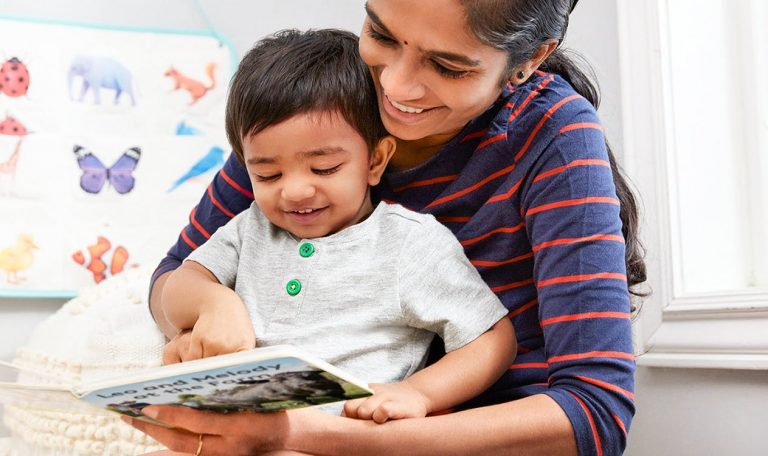 Month 14: Squirming and grabbing pages: what reading looks like at this age

Reading with your toddler probably doesn't feel much like "reading." Don't give up—here's why even a minute of reading is still worth it. 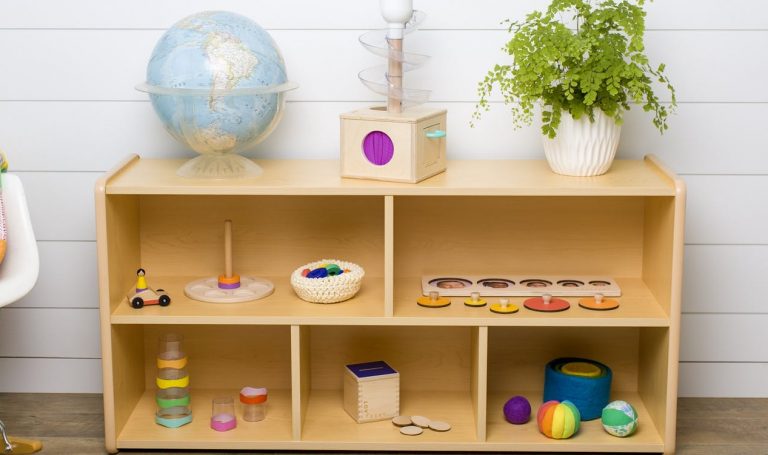 Learn how the minimalist Montessori approach to toy rotation—just a few objects at a time, rotated every few weeks—benefits your toddler. 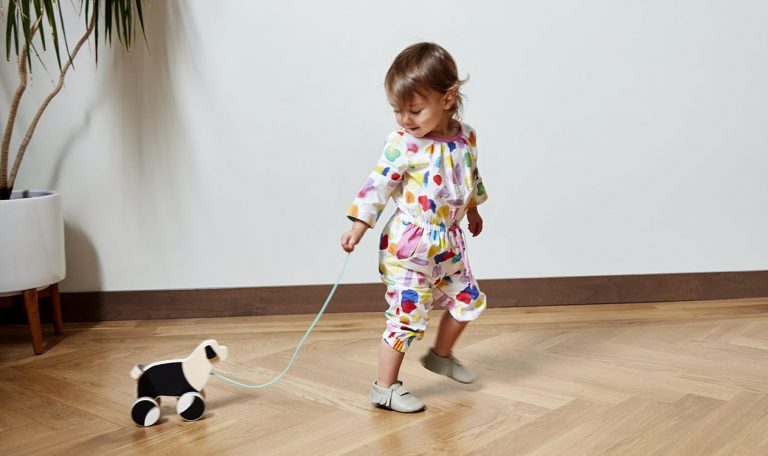 Month 15: Pull toys are classic for a reason

Pull toys may seem old-fashioned, but they promote many aspects of toddler development: problem-solving, whole-body coordination, and fine motor strength. 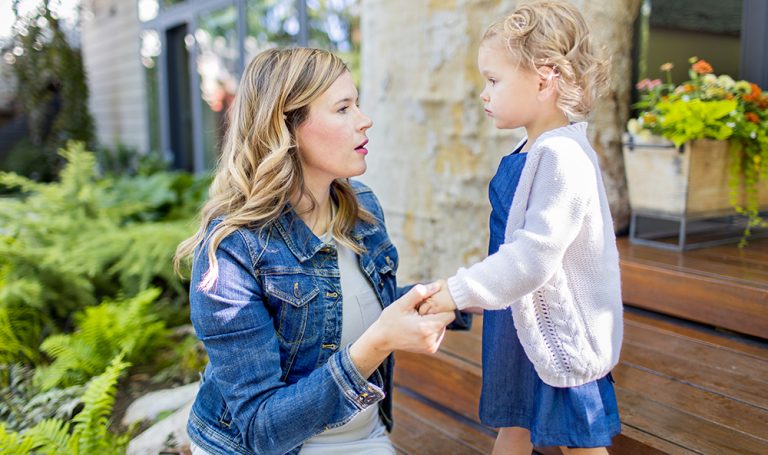 Describing for your child the behavior you do want to see avoids reinforcing what you don't want them to do. Here's how to say "no" less frequently. 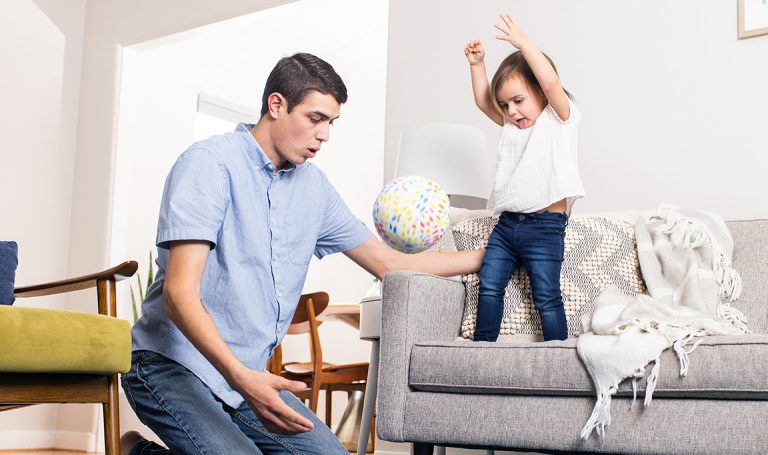 They drop it, you pick it up, they drop it again. There is nothing toddlers love more than playing with gravity. Here are four experiments to try. 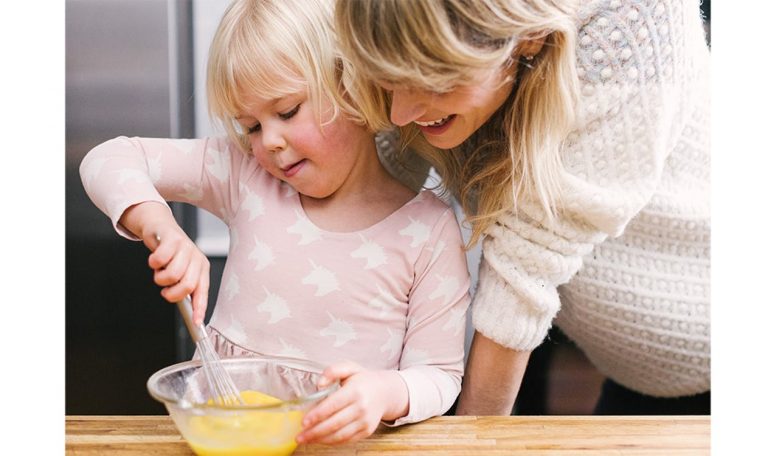 Month 15: Embrace this mindset and time with your toddler gets 100 times better, by Lovevery CEO Jessica Rolph

The key to cutting down on frustration for both you and your toddler is to redefine what it means to get things done. These five mantras will help you do that. 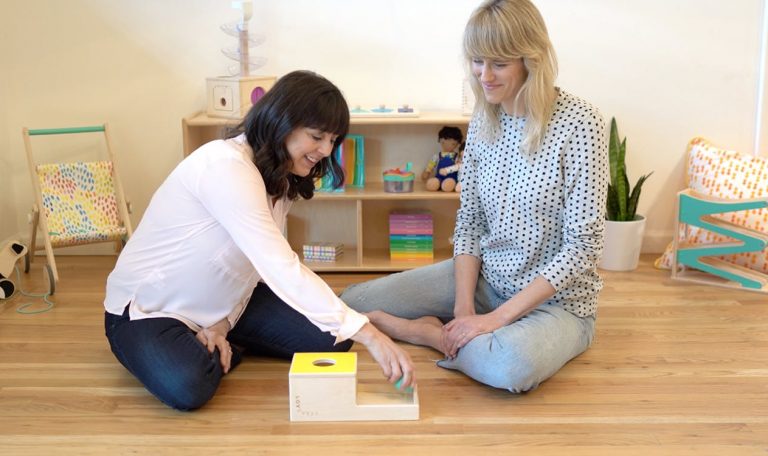 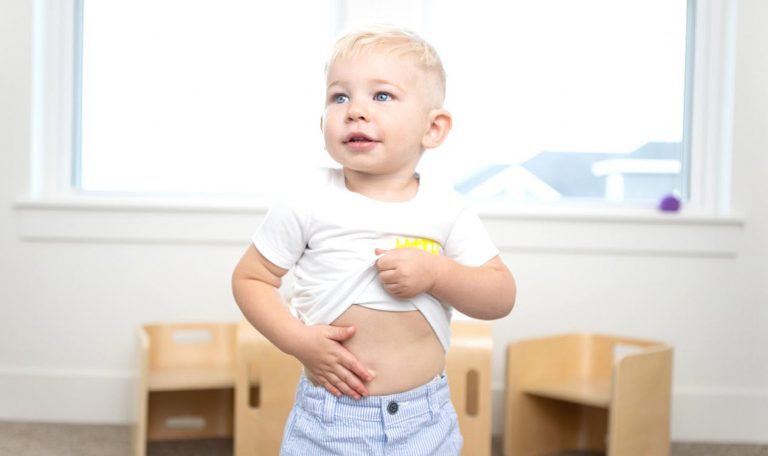 Month 14: “Where’s your belly?” When toddlers start to identify parts of their body

Your toddler is now joining an extremely select group of animals who can recognize themselves in a mirror, including dolphins, elephants, and magpies.*  Mirror recognition begins to happen between 15 and 18 months. Your toddler may point to their reflection and show that they see you or other family members in the mirror with them.  … Continued 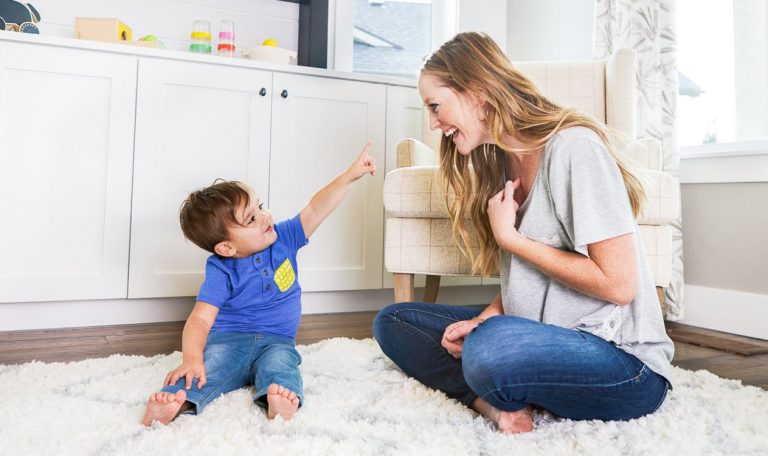 Month 14: “Throw the ball to Mama”—what’s up with the third person, anyway?

Do you speak to your toddler in the third person? "Illeism" may help your toddler develop their language skills until they understand pronouns. 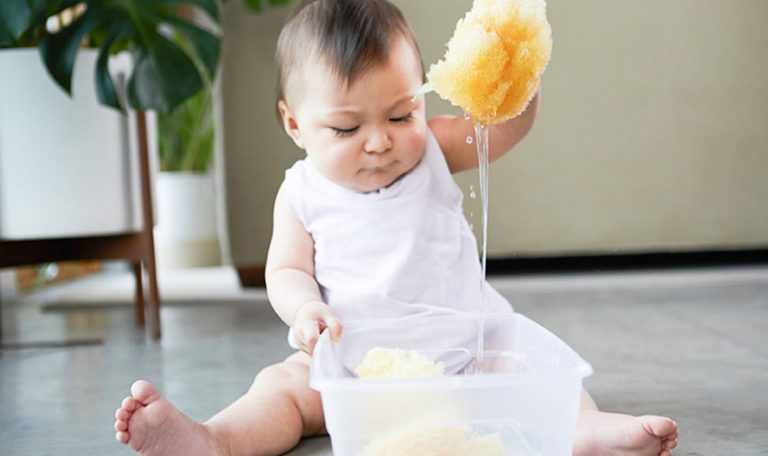